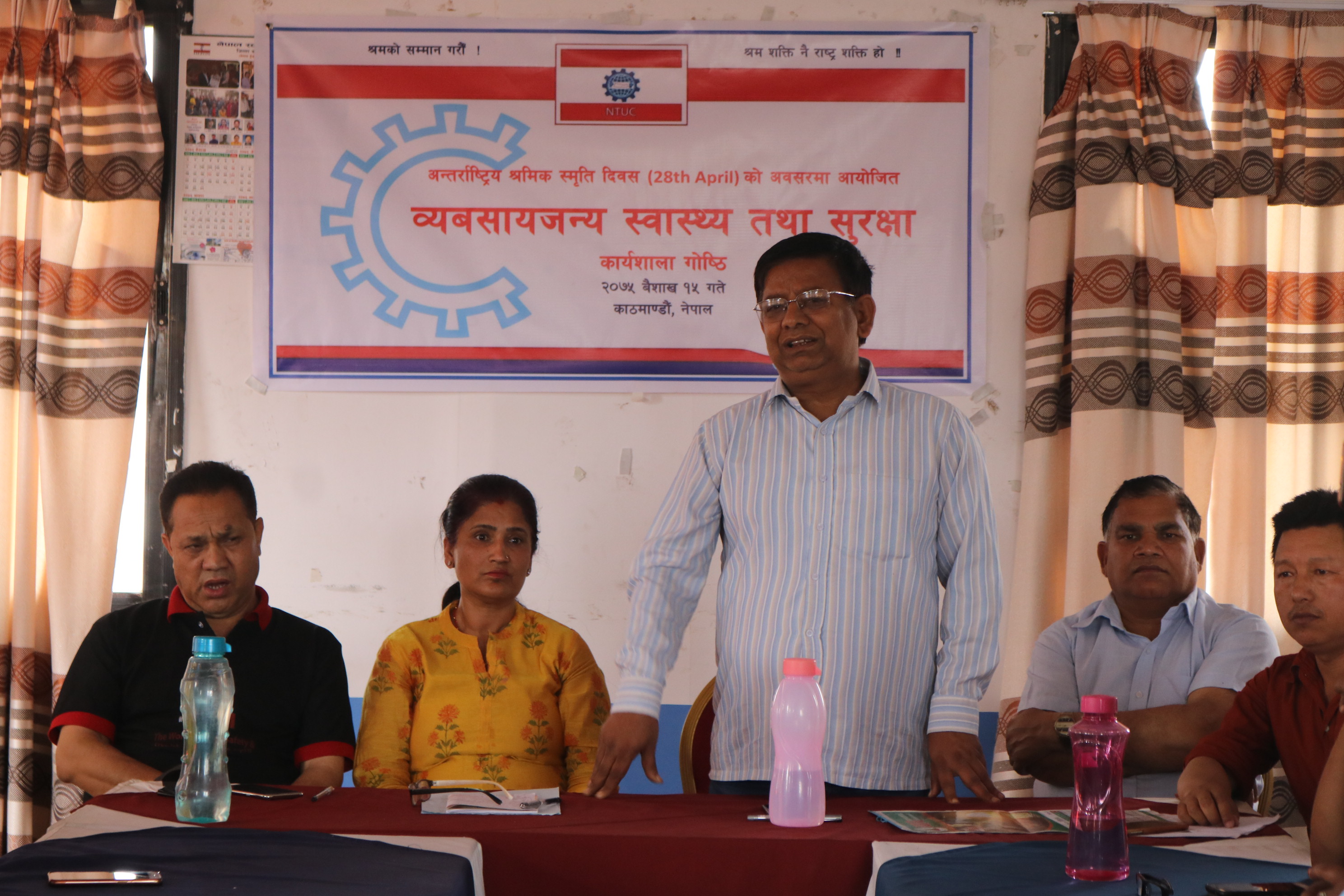 Bro Acharya stressed about the relevance of OSH in Nepal. He also proclaimed that OSH training was first conducted by NTUC along with the support from ILO and JILAF. Bro. Kunwar mentioned that NTUC has given highest priority to OSH and thus it has been continuously revising, strengthening the department from time on.

After the formal session and commitments from the leaders, there were two brief training session. Earlier, Central member Bro. Baldev Tamang provided knowledge and information about OSH in workstation and measures to tackle the possible accident and injury. Later, Bro. Rajesh Palikhe explained the provisions of OSH in the New Labor Act, 2074.

OSH Department Secretary Ms. Niraula urges that this department will meticulously work for the OSH. It will conduct meetings, revise the previous curriculum and also produce useful information about OSH.

There were more than 25 participants during the program. Bro. Nirmal Ghising facilitated the program which was held in NTUC central building, Anamnagar, Kathmandu, Nepal.