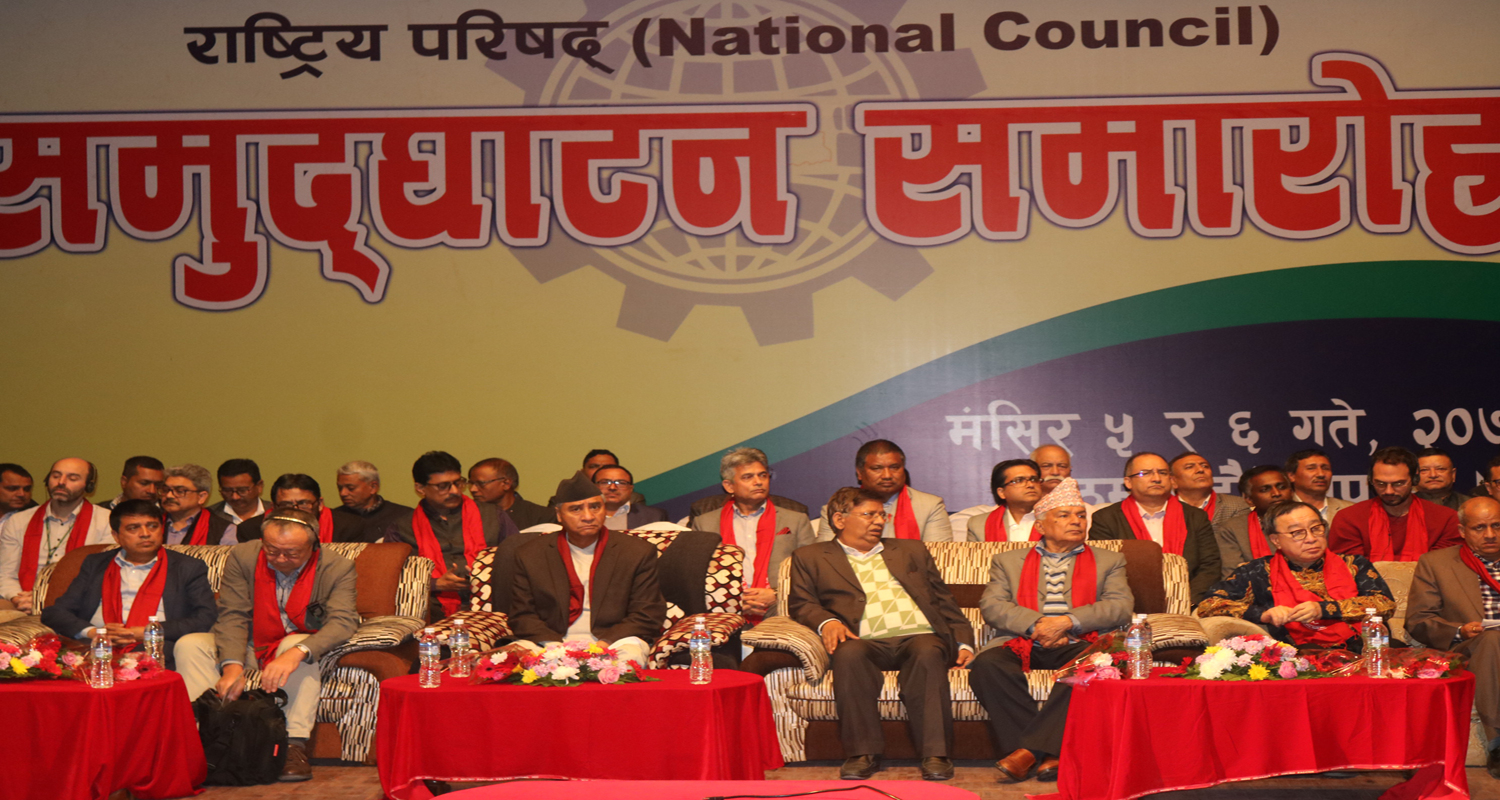 Likewise, The opening session Of NTUC excelled with huge number of Participants around its structure from Federal, Province, Districts, 26 Affiliates union and local level. The chief guest of the program was Chairman of Nepali Congress and Past Prime Minister Sher Bahadur Deuba and Special Guest of the Program was Nepali Congress Senior Leader Ram Chandra Poudel.

The program started by providing nepali attire to the guest. Play cards demonstrating "we are NTUC" and "we are ITUC" presented to the guests. Welcome speech was given by Senior- Vice President of NTUC, Bro Mahendra Prasad Yadav. Likewsie, 1 minute slient stanfding ovation was given for the memory of labour movement demised martyr and their family. Chief guest Sher Bahadur deuba provided appreciation letter to Christopher Ng, Regional Secretary of UNI-APRO for his dedicated work. He also gave thanks by his speech which was followed letter on.

Felication was handed to Dirgha Bahadur K.C. and Chatur Bahadur Chand for being elected as member of Olympic committee, Nepal and President of CAN respectively.

Likewise, Senior Leader of Nepali Congress, Mr. Ram Chandra Poudel and financial assistance was provided to the wife of belated NTUC province no. 3 president Binod Karki. The program was inaugurated by Chief Guest Sher Bahadur Deuba, Appreciation speech was given by NTUC women vice presient, Ms. Indira Sadaula. The oppening session was concluded by Chairperson of the program Pushkar Acharya.

The second day of the council started with the registration and distributing the badges to the participants from NTUC central member, Provinces, Districts, Affiliated union and vigilitator.

NTUC staff bylaws, Women and Youths Regulations and other agendas was presented by representatives of NTUC.

President Pushkar Acharya concluded the two day program with the assurance to take and keep the feedback, suggetions and comments into the NTUC future workplan and functioning.

More than 1300 people attended the program which was widely broadcasted and covered in national media and papers.