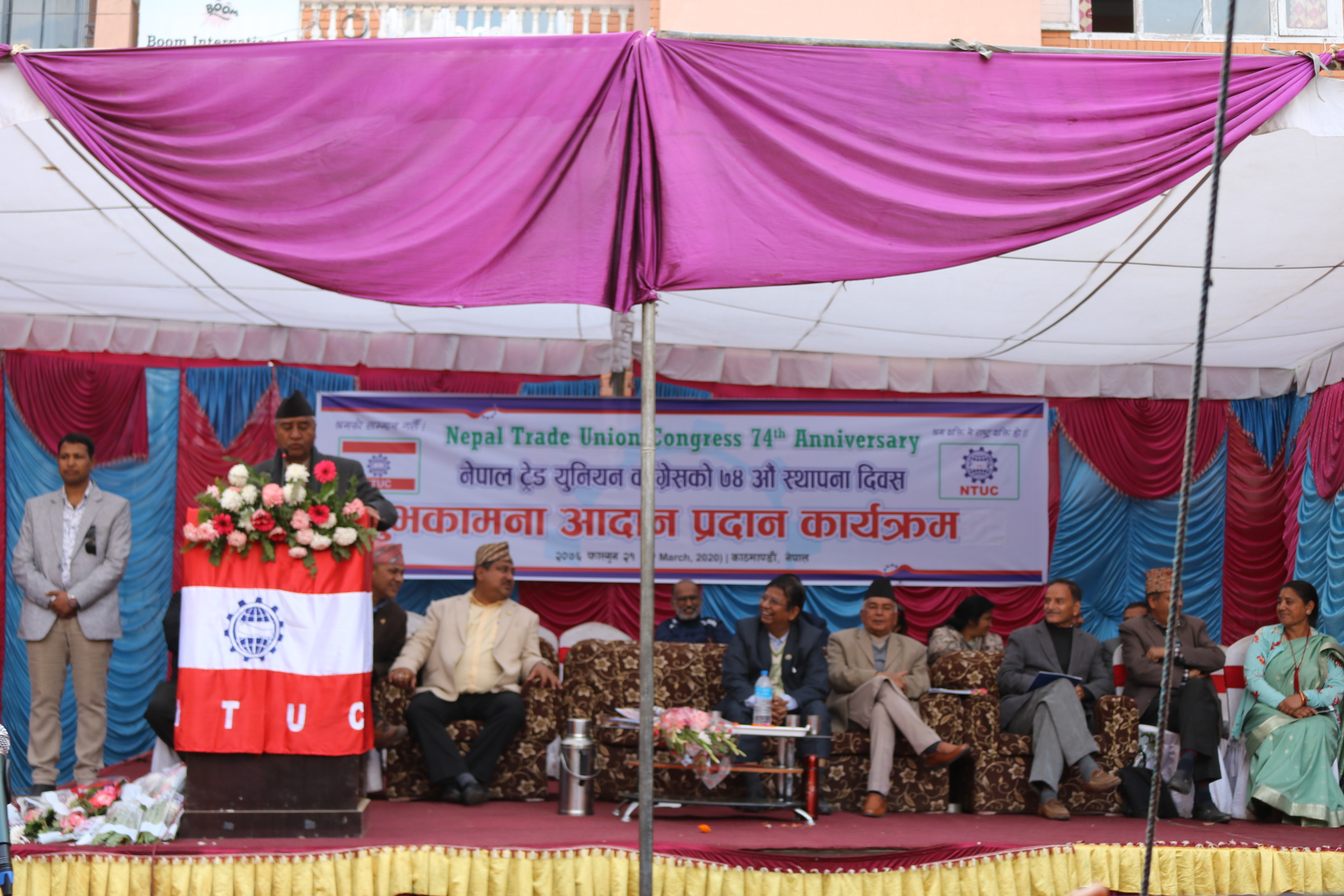 During the program, Nepal trade union congress central committee, 27 affiliates union, Kathmandu, Bhaktapur, Lalitpur district, women committee, youth committee and several departments of NTUC participated. Mr. Poudel raised some concern about the functioning of the government system and blamed that this government is working against the welfare of the people. Similarly, Mr Sitaula obliged that not only social security act but also, trade union act, labour act are the examples that nepali congress favours for labour rights and its issues. Chiarman of Nepali Congress and former prime minister of Nepali Congress said that all sister and well wisher organization and individual should unite against the government. He also expressed deep concern and wishes successful kidney transplant for Prime minister K.P. Sharma Oli. Corona Virus is spreading in a rapid way, we have to take care seriously, he urged. Chairman of the program Brother Pushkar Acharya argued that this government is deluding social security effort done by NTUC and has been misleading the people and creating only the propaganda instead of working. It is a major challenge and government is already a failure in case of implementing the social security act and new labour act 2074.

At last Brother Ajay Kumar Rai, Vice president of NTUC concluded the program applauding the CCM of NTUC, departments, staffs, volunteers, women committee, youth committee, press, technical group and everyone who assisted and supported during the celebration. More than 5000 people observed the program and 2000 directly attend the event.