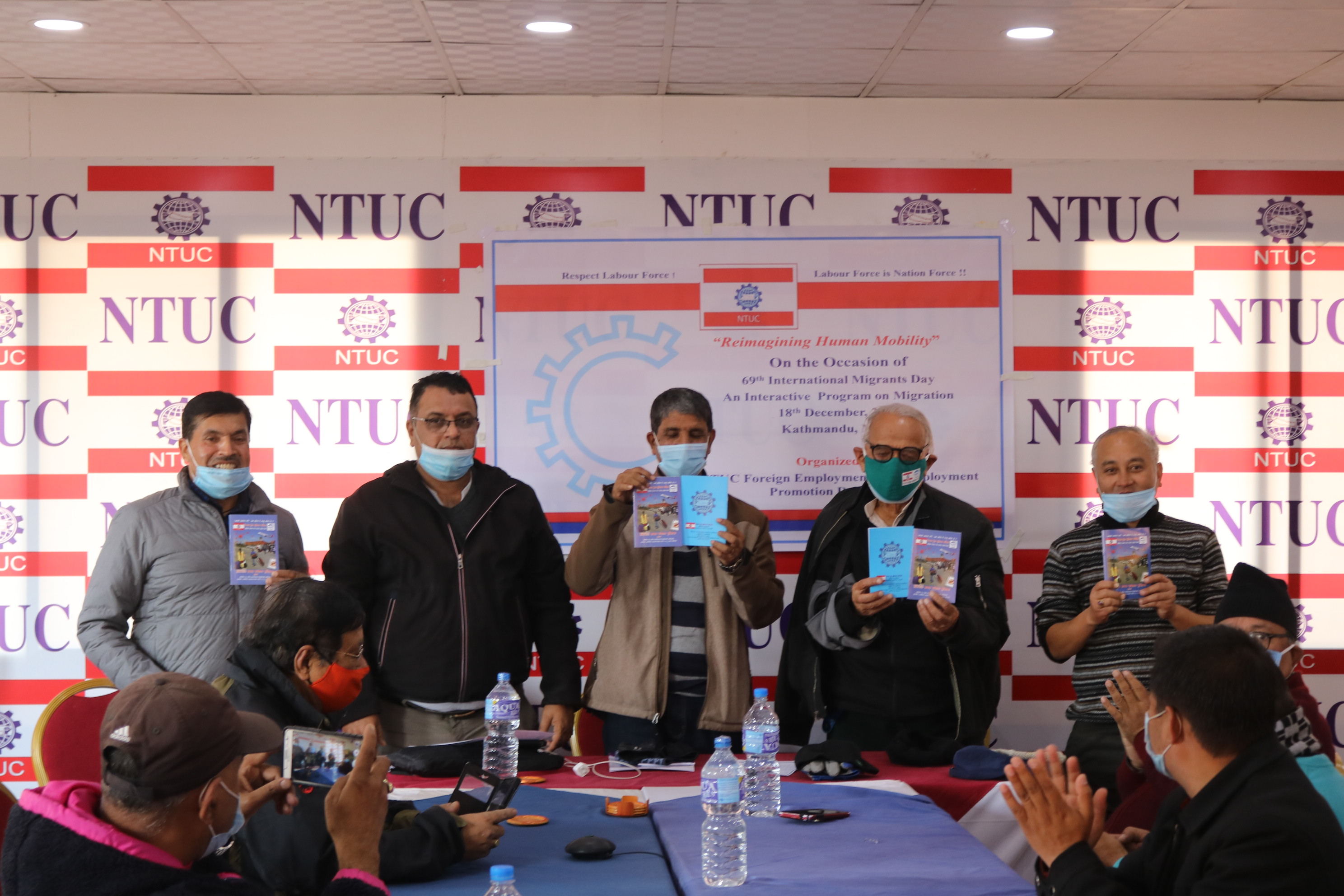 The one and half day event started with the introduction. Welcome sppech was provided by Brother Mahendra prasad Yadav, Ajay Kumar Rai. They stressed huge success to the department and urge participants to get serious about migration issues. Likewise, Co-Coordinator Bro Sitaram Khattri explained the importance of the International Migrants day and role of NTUC foreign employment and employment promotion department in previous years and days to come. In the meantime, NTUC Foreign employment and employment promotion department unvielded NTUC migration and covid book. Also, Secretary of the department Brother Laxman Adhikary presented a paper detailing the meaning, present scenario, status of flow, government mechanisms, weakness and problems regarding the migration.

Later on, Chief guest of the program brother Laxman Bahadur Basnet explained the relevant practices of migration in Nepal and also global premises. He told how migration impacts global politics and what is the strength of migration.

The floor was open to the participants in which Brother Kedarnath Dahal, Baldev Tamang, Uday Lama put their suggestions, queries and feedback on the paper presented by Laxman Adhikary. The program was concluded by Chairman of the program Bro Janak Pandey. He told that NTUC Foreign employment and employment promotion department is committed to make migration decent. It will continue its work and collaboration with all stakeholders. He also request workers to ask for help in any cases of migration.

The prgram started from 12:30pm to 3:30 pm. 30 number of participants were present during the program and was facilitated by department member Brother Parshuram Pudasaini. All the measures of covid-19 were strictly taken in consideration while conducting the event.