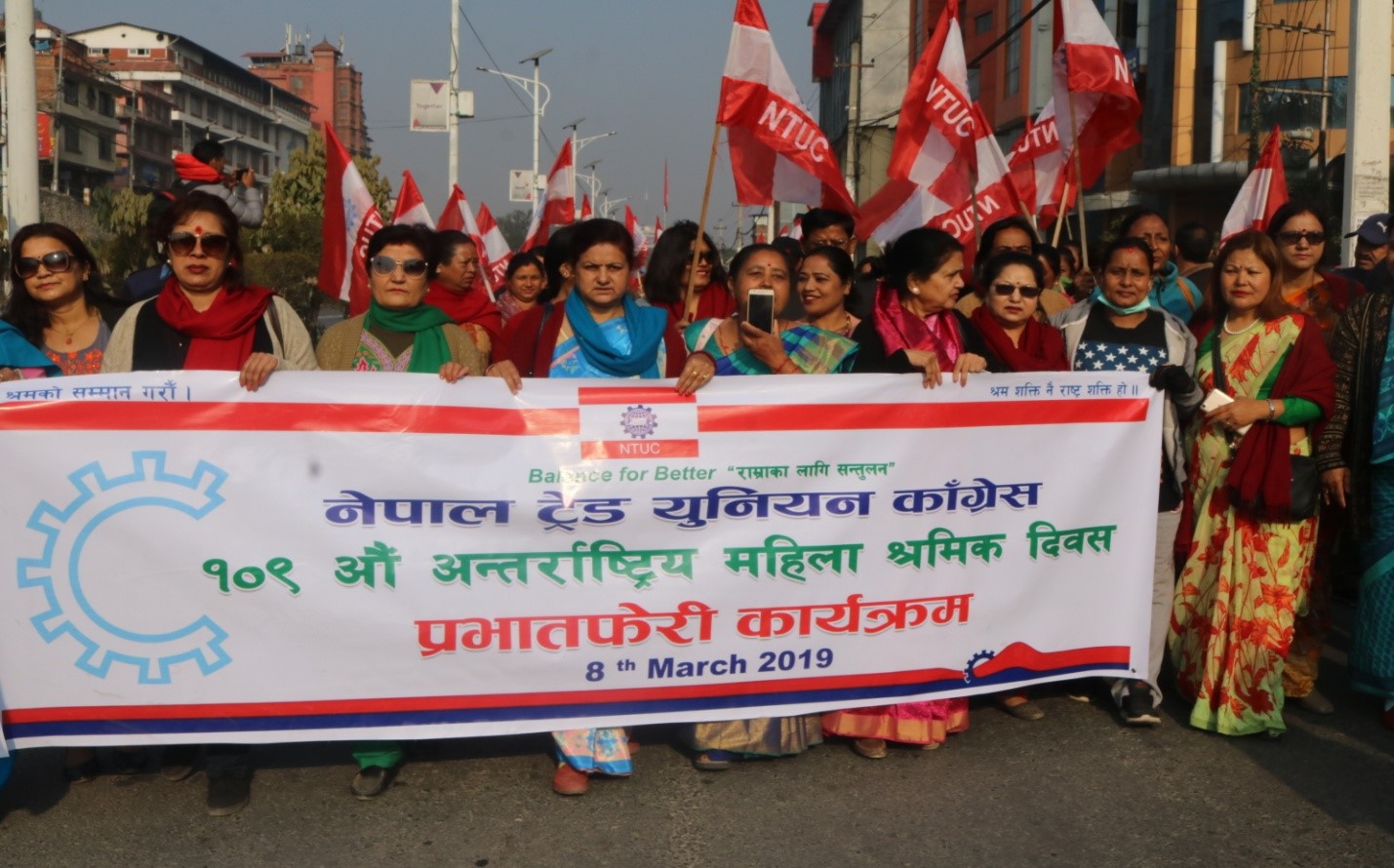 Chief Guest Ms. Yadav obliged that this government has been ignoring the voices of Nepali working in the policy level and unable draft any new rights and law for the safeguard of women workers. There are still many issues that the women are facing in the workplace but they are unable to address by the recent government, he added.

Likewise, Bro. Acharya told that Nepali women Workers have always been key stakeholders in every aspect of society for the prosperity and change. NTUC is serious in the cases of women workers and it won't tolerate any misconduct against women workers. Accordingly, Chairperson of the program Ms. Dahal provide greeting of 109th International Workers Women's Day. She vouched to continuously raise the issues of women workers in the country and NTUC women committee will develop itself as a driving factor.

Many speakers raised the concern of the contentious case of Niramla Pant which occurred several months ago and the culprits are unable to find till date. They also questioned serious concern for the women in the country.

To conclude, People unanimously slogan the rights, services, facility and security for the women workers by demonstrating the playcard, flags, banner and through various means. 500 people participated the rally which occurred during 7 am to 12 pm.