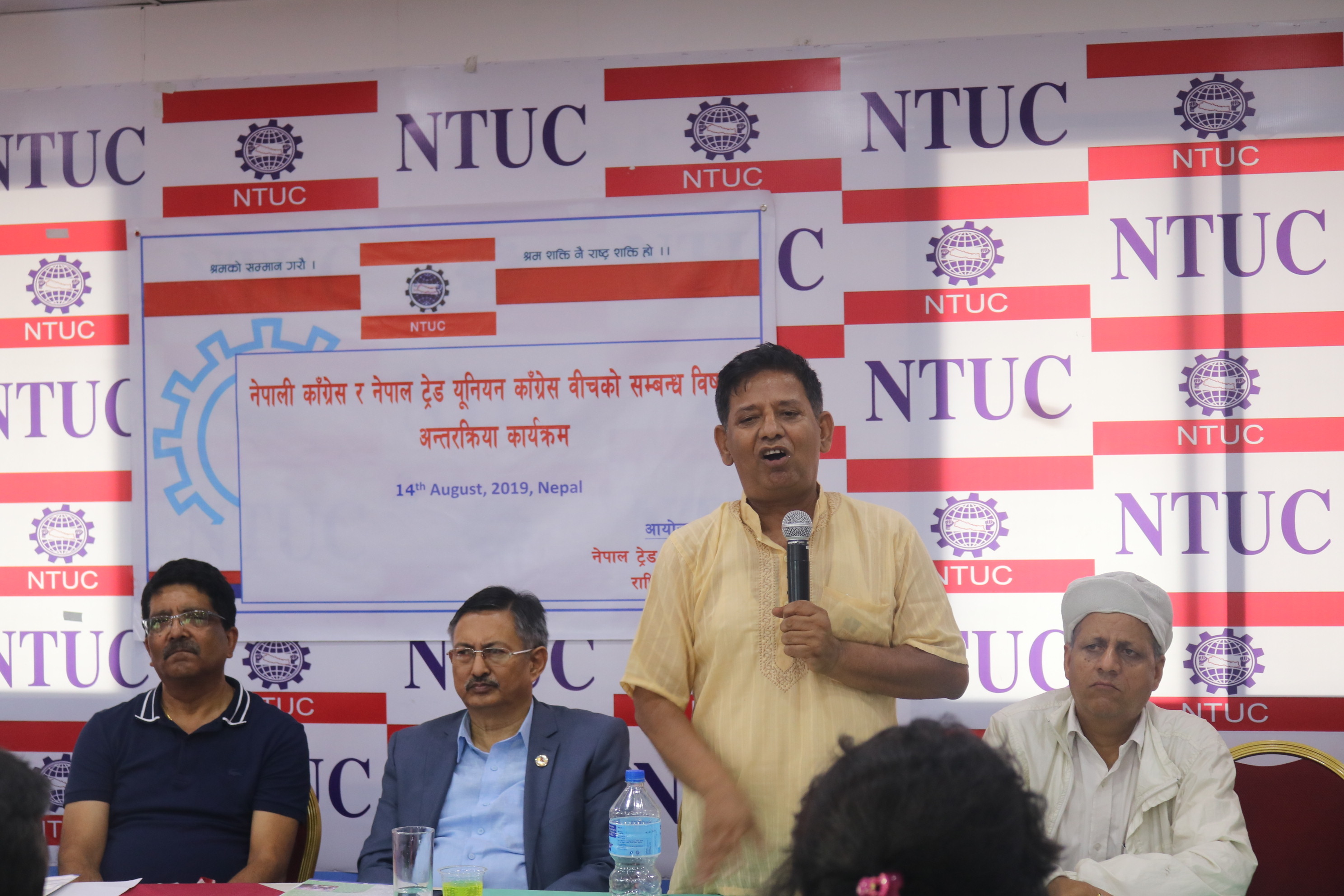 Brother Ayodhya Prasad Yadav, coordinator of NTUC political department gave welcome speech. various people from the floor put the issues and problems their district, affiliates union are lacking with Nepali Congress. They also vouched Nepali Congress to include labour representation in the constitution. Nepali Congress must have to respect and should give or mention NTUC members in any of its local, provincial and federal level program.

The comments, feedback and suggestion was later addressed by Mr. Khand. He was sole representative of Nepali Congress in the interactive program. He exclaimed, "NTUC is the pillar for labours and workers, it has the strength to topple down and mandate any government system. This is actually should have been happened earlier, I will try my best to include each and every agendas, issues and problems in the meeting of Nepali Congress and also in Constitution assembly".

Also, Central committee members, Central member, representation from affiliates unions, province, district and departments of NTUC were also present during the program. The program started at 1:00 pm and concluded at 4:30 pm. More than 80 people participated in the interaction session. The program was faciliated by Brother Yogendra Kumar Kunwar, General Secretary of NTUC.