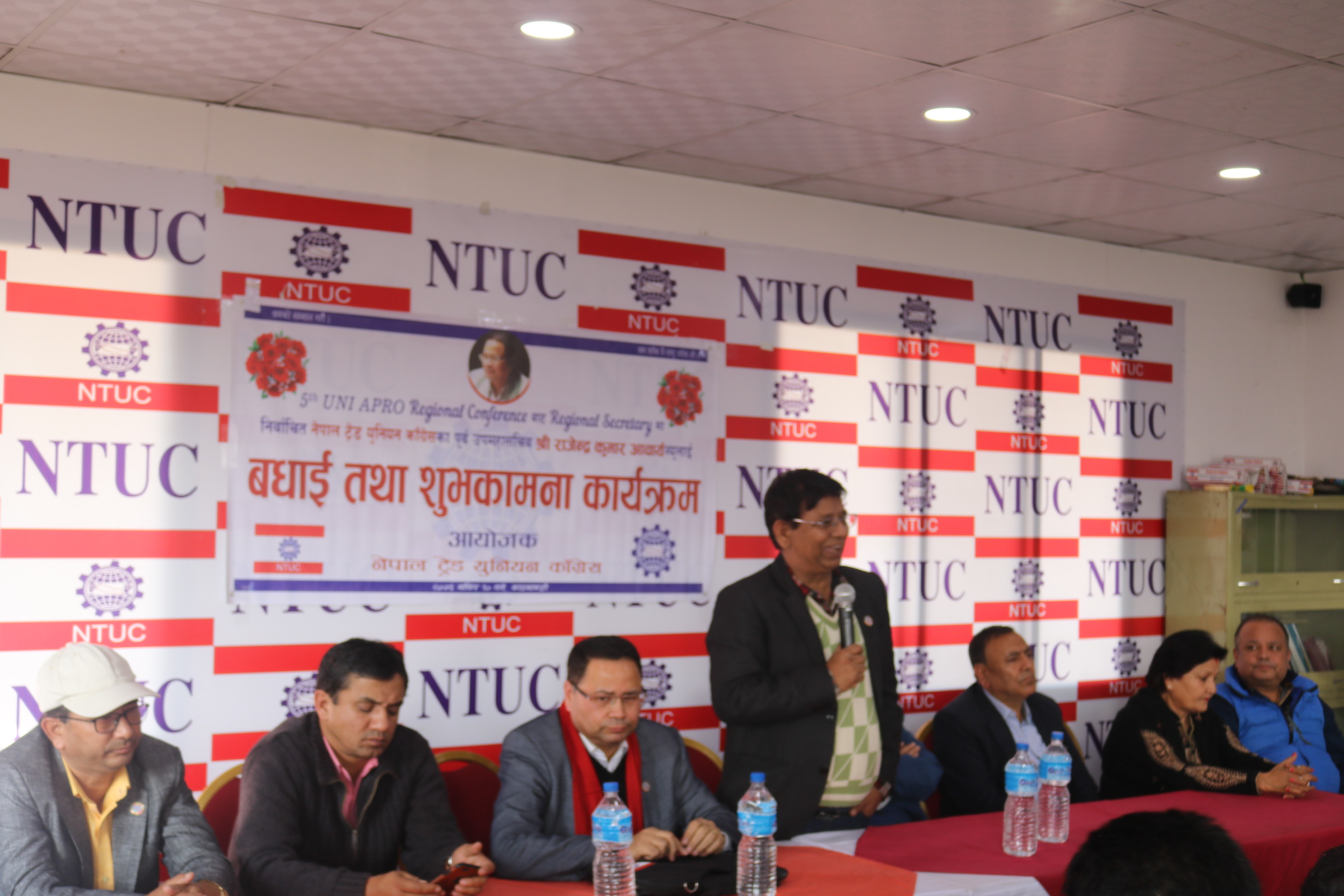 Nepal Trade Union Congress applauds Brother Rajendra Acharya who is elected as UNI-Apro General Secretary. He was UNI-APRO Deputy General Secretary and got the reputed position in the recent held convention at Kathmandu, Nepal.

Brother Laxman Bahadur Basnet told that he has always counted on two person and seen them as potential for the achivements bigger at future, 1 is Guy Ryder, Director of ILO and 2 is Raendra Acharya who has been recently elected as this honorary position.

Later, Brother Acharya appreciated and remembered NTUC and days back of its struggle. He claimed that NTUC has done great job and is far from other Union's progress. Its not the support that NTUC seeks from me, it’s the right of NTUC to ask for the support and assistance, he addressed.

At the conclusion, Brother Pushkar Acharya resist that Unions are in a trouble. We have to focus upon organizing it as said by Brother Acharya. NTUC is honored to organize this program and also takes credit from its product that has been at this position.