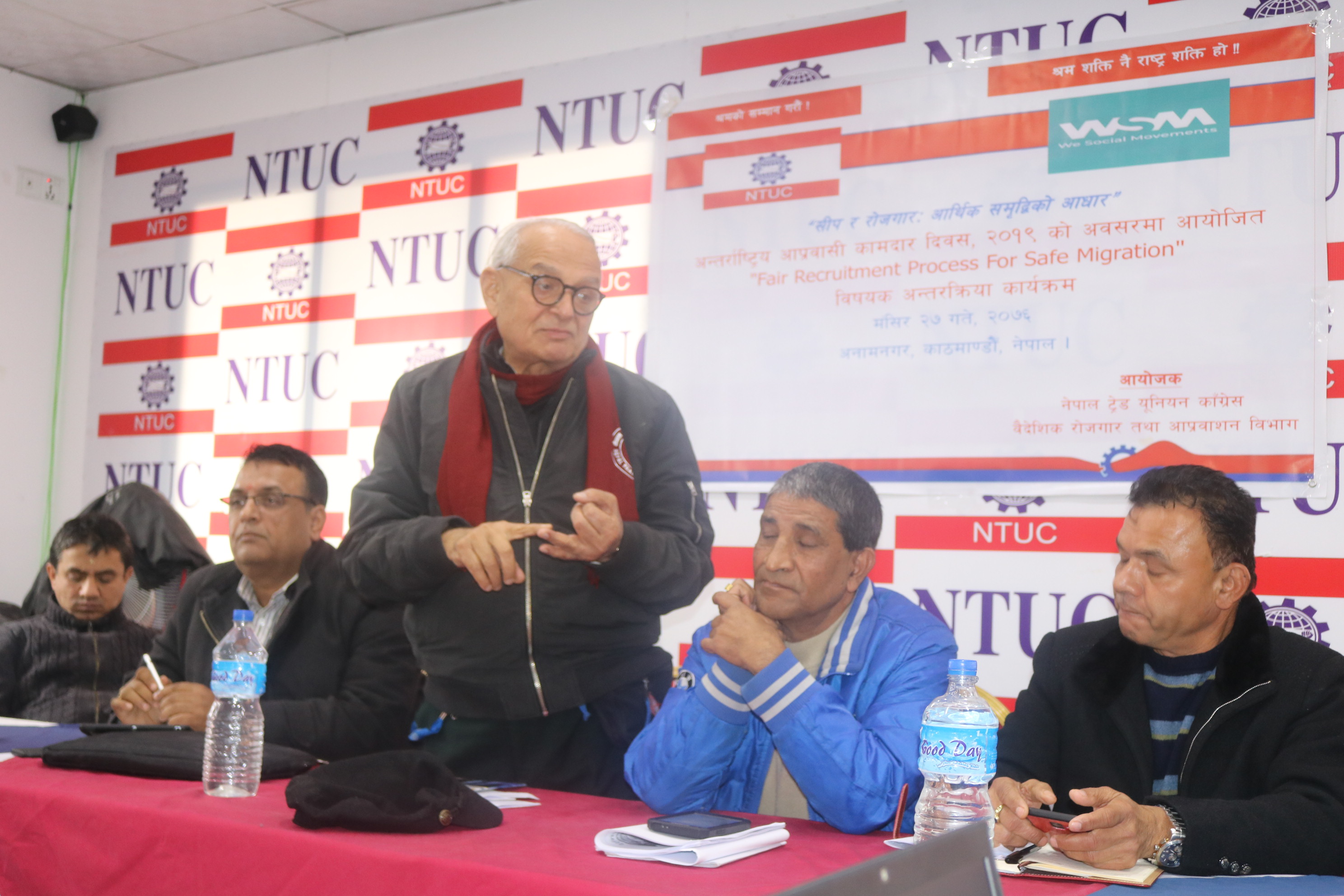 Also, Mr. Bishnu Prasad Gaire urged that instead of collaborating and jointly conducting the program with ILO and other international non governmental organization, it will be better to discuss with Association. At last, Brother Pandey gave appreciation for making the program more interactive and participatory.

There were more than 70 people that participated in the program which started from 1 pm and ended at 4 pm.