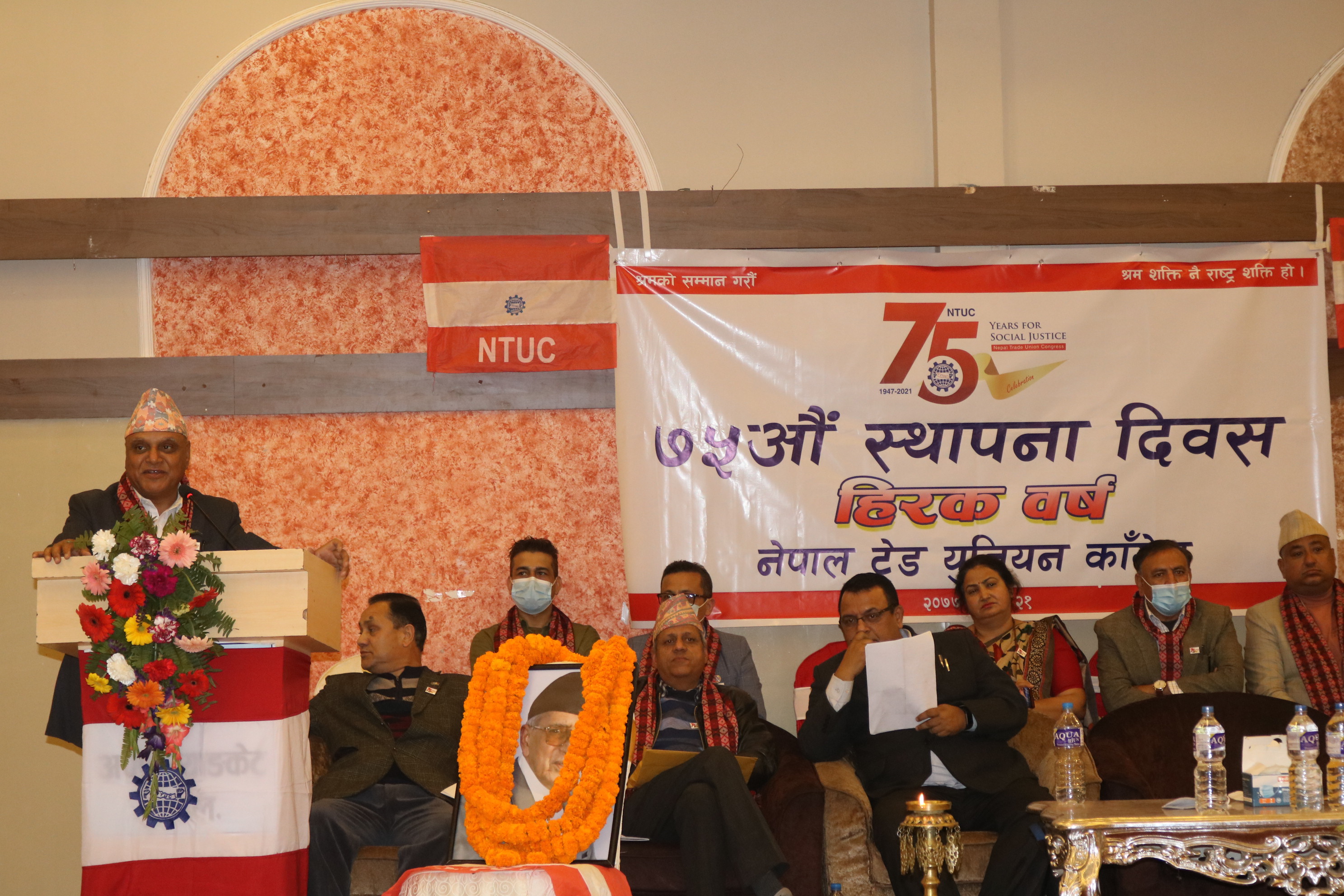 During the program, Nepal Trade Union Congress central committee, 27 affiliates union, Kathmandu, Bhaktapur, Lalitpur district, women committee, youth committee and several departments of NTUC participated. Bro. Ajay Kumar Rai raised some concern about the Covid-19 and the world of work. He also suggested that informal sectors workers are vulnerable and needs to unionize accordingly. Likewise, Special Guest of the program and General Secretary of UNI Global Union, said that the dimensions of trade union is changing. Apart from this, during the pandemic there is drastic increment of union members, he added. Also, Special Guest Sister Rita Khanal told that leaders of NTUC has been aged since the engagement in trade union movement but has aspired some major achivements to declaration of International Labour Conventions. Brother Laxman Bahadur Basnet, Former President of NTUC and General Secretary of SARTUC expressed gratitude towards the leaders who included ledaers of NTUC in Nepali Congress Labour and Trade Union Department. Furthermore, Bro. Khila Nath Dahal, incumbent president of NTUC told that Nepal has thrived towards the better achievemnts of labour organizing. The government of Nepal has only made plans and policy but unable implement in lower level.

Also, Chief Guest of the program Brother Shiva Humagain who is the chairman of Nepali Congress Labour and Trade Union Department urged that government to look after working people especially daily wage earning. Chairman of the program Brother Mahendra Prasad Yadav argued that this government is deluding social security effort done by NTUC and has been misleading the people and creating only the propaganda instead of working. It is a major challenge and government is already a failure in case of implementing the social security act and new labour act 2074.